Pictures from the Final Round 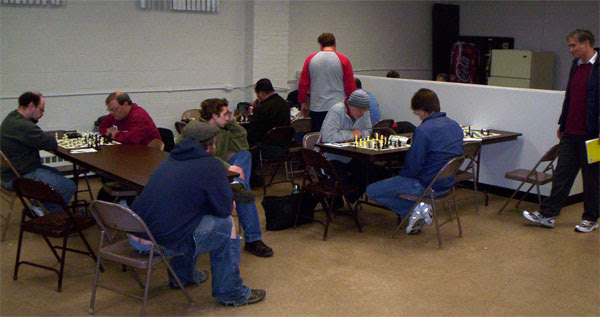 Final round and playoff games. 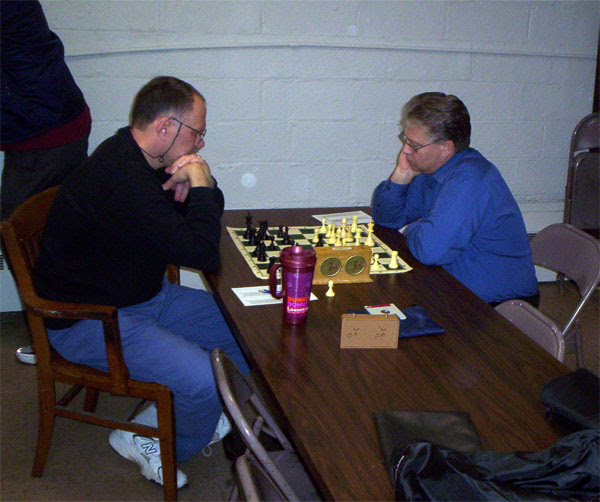 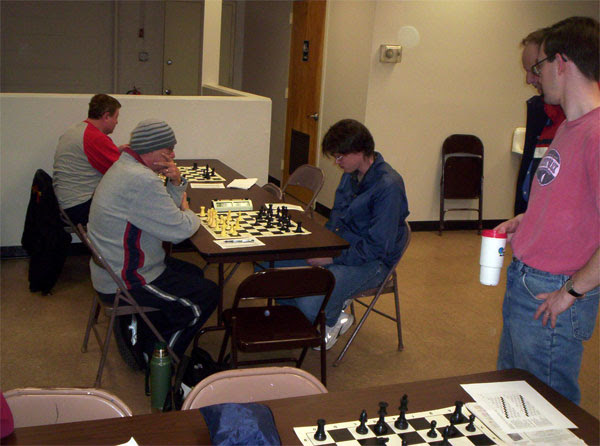 Stoyko vs. Kernighan
The 2006 Kenilworth Chess Club Championship concluded last night with final round games and the play-off game for the championship. FM Steve Stoyko defeated NM Mark Kernighan in the Game-30 championship playoff to retain the title of Club Champion that he won last year. I left too early to see the conclusion of the game between Ed Selling and Bob Pelican that should determine the under-1800 champion, but (to judge by the close contest) either would be deserving of the title. I lost my final game to NM Scott Massey and John Moldovan defeated Greg Tomkovich. There is one game remaining between Scott and Mike Wojcio that will determine third place (between Massey and Moldovan).
I hope to have a website up by next week, including a complete crosstable, to commemorate the championship. Next week will be an open night (with one make-up game), and the awards ceremony should follow within two weeks after that. With the championship ending several weeks earlier than predicted, though, we are left with several open dates that call for some planning. I suggest a speed tournament and maybe a lecture.... I will update the club calendar when dates are decided.
Posted by Michael Goeller at 9:24 AM