It is clear that the two did not take their rivalry over the board personally, since they met at least once for tennis during the tournament: 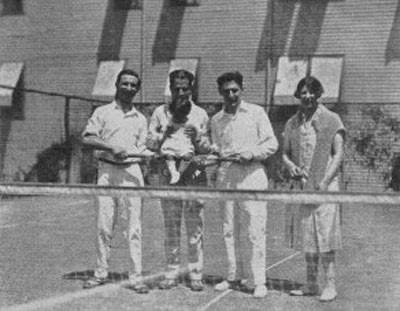 Ed Lasker was known for his social graces and for his athleticism, the latter of which was on display in this promotional cover montage from the tournament book depicting "The Chess Player's Life at Lake Hopatcong": 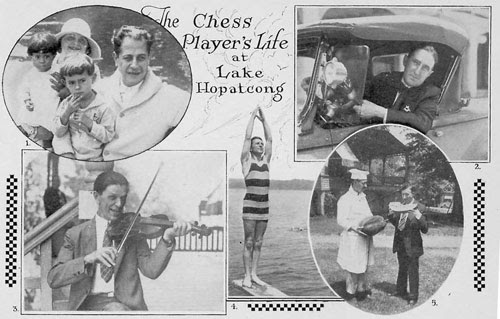 From left to right, clockwise: Capablanca boating with his family, Marshall at the wheel, Kupchick testing the summer fruit with the hotel staff, Lasker on the diving board, and Maroczy fiddling his violin.

The photos are from the tournament book edited by Hermann Helms (with excellent notes by C. S. Howell), lent to me by Scott Massey. Thanks Scott!
Posted by Michael Goeller at 2:21 PM