NJ State Chess Championship, Round One

I visited the New Jersey State Chess Championship yesterday, as Round One began. I wish I could return today to see who will be joining the field on the two-day schedule. Already it is looking like a very competitive event, with seven former state champions already playing and a number of other talented players. 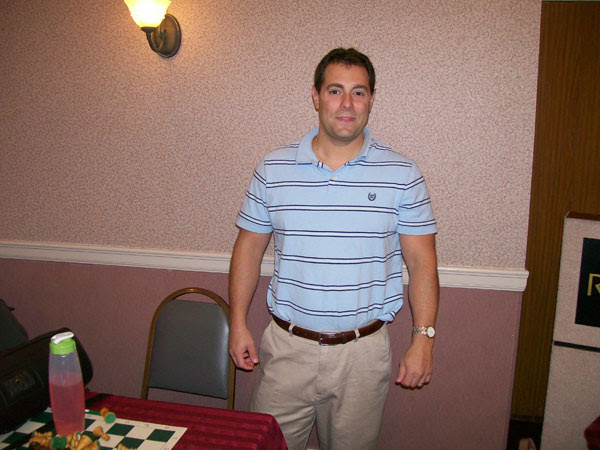 Dean Ippolito on top board.
I was the first to tell IM Dean Ippolito that he had won USCL Game of the Week for his patient and flawless victory over GM Charbonneau, which concluded with a very instructive and rare K+2N vs. K+P ending. Dean says he wasn't thinking about "winning chances" as he played, he just focused on keeping up the pressure and saw no reason to settle for a draw. 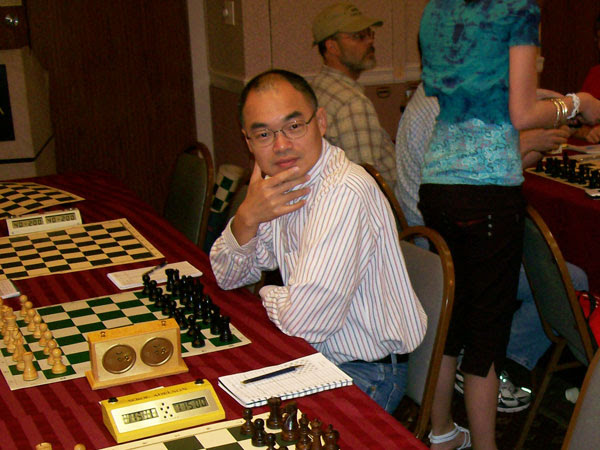 Among those I had gone to see was Max Zavanelli, who has only recently returned to over-the-board play. A correspondence Senior IM, Zavanelli is ranked among the top 20 US correspondence players by the US ICCF and has long served the ICCF in various capacities, including as president. He is also a major contributor to the theory of the Max Lange Attack and Urusov Gambit. 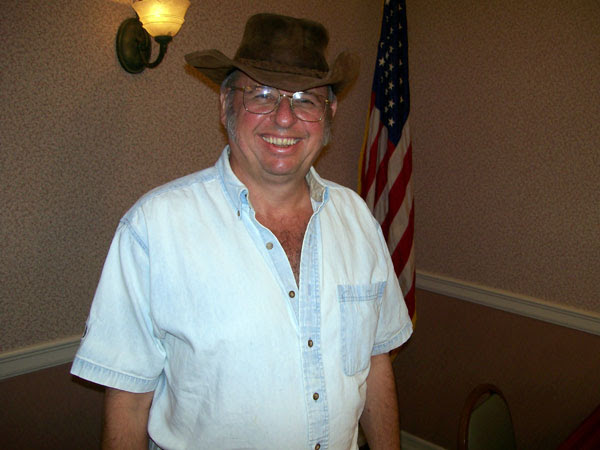 Max Zavanelli wearing his lucky hat.
I reminded Max how, when I had contacted him only a few years ago about the Urusov, he confessed that he had never heard it called by that name. He just thought of it as "an old Koltanowski line." Of course, it should probably be called the Zavanelli, since his games are among the most important in practically every line. I hope we will have a chance to continue our conversation about the theory of the line via email.

As always, Steve Stoyko was playing and ready to give his best efforts. Steve has the advantage of living very close to the event, so he can go home and relax between rounds. Let's hope that helps him through the long three day schedule. 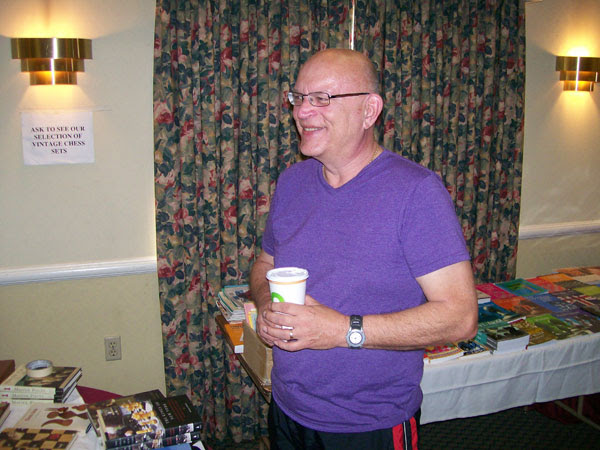 Steve Stoyko before Round One.
I also spoke with ace blogger Jim West, who got to play his favorite Philidor Counter-Gambit in the first round. 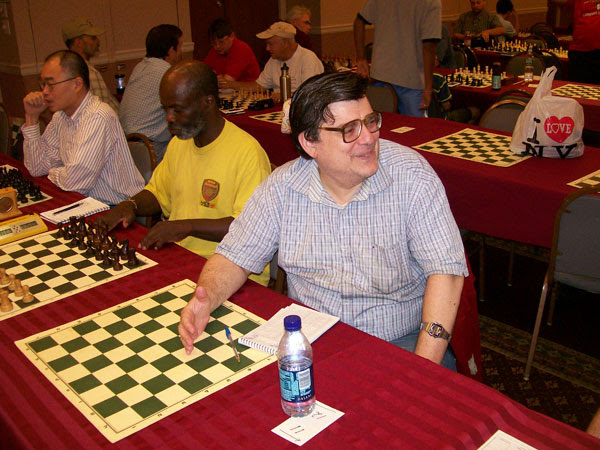 Jim West, ubiquitous blogger / player.
Jim says that he doesn't know any more if he blogs about playing chess or plays chess in order to blog. After I took his picture, he pulled out a camera and took mine -- posted on his blog, along with his second round victory in the Exchange Caro-Kann.

As always, Fred Wilson was at the tournament with his great collection of books, clocks, sets, and related items (including a mint condition copy of the classic game Foil.) 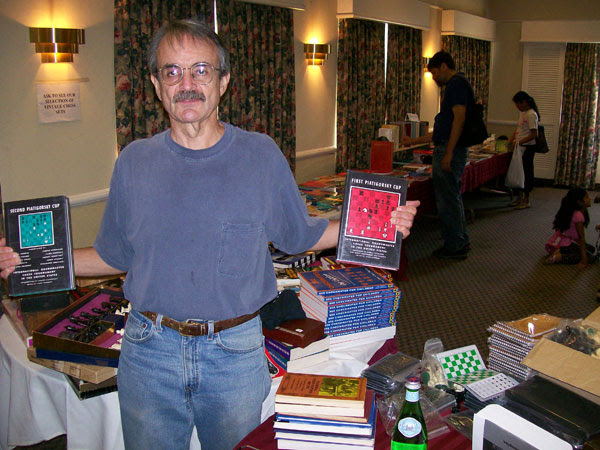 Fred Wilson shows off his books.
I picked up a copy of Kasparov against the World, which recounts the former champ's experience ten years ago this summer playing against the world on the internet. As someone who followed the game closely at the time (though, like most, never voted on a move), I have been enjoying reliving that fascinating game and learning just how much effort it took on his part to win it. As always, Fred will be at the tournament for the duration, so there is still time to stop by and check out what he has. 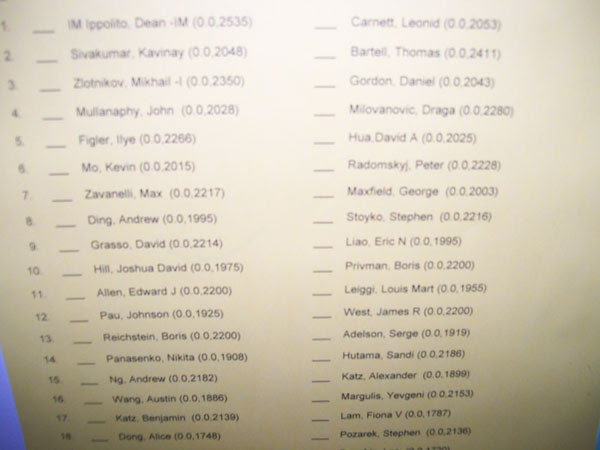 No easy pairings in round one.
I will be posting links and updates in the next few days. And maybe I'll be able to get back to the event on Monday.
Posted by Michael Goeller at 8:51 AM

Nice Update on the NJ Chess Open, kind of looks like a carbon copy of Jim West's blog.

Jim West and his chess blog "Jim West On Chess" Gotta Love It !

I hope West posts more on the New Jersey Open as well as yourself.