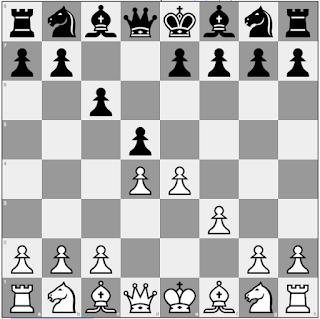 There has been a lot of interest of late in the Caro-Kann Fantasy Variation (1.e4 c6 2.d4 d5 3.f3!?), which is looking more and more like one of the more viable alternative to the more mainstream Advance Variation (3.e5), Classical (3.Nd2 or 3.Nc3) and Exchange / Panov Attack (3.exd5). Though there was Nikolai Minev's decades-old pamphlet Caro-Kann, Fantasy Variation and Nigel Davies chapter in Gambiteer I (see games at Chessgames), the line otherwise seems mostly discussed in books from the Black perspective (including by Ian Rogers in SOS #3 on 1.e4 c6 2.d4 d5 3.f3 e5!?).  It does seem a fertile territory for analysis since there is not yet a lot of theory and the lines can get very sharp (so computers can be of great assistance here).  ChessBase points out the line's popularity in the recent European Individual Championships and has published a few articles from their ChessBase Magazine [which no longer appear at their website]. For those with subscriptions, I have also seen videos online by Bryan Smith (at ChessLectures.com), by Boris Alterman (at ICC) and by Nigel Davies for Foxy Videos.  As my interest is piqued, I figured I'd put together a little webliography.  As always, I welcome additions.

No longer on the web (nor in the Internet Archive):

Posted by Michael Goeller at 5:01 PM

This is really brilliant bloggery with all the detailed opening surveys of late. I see you've already referenced Moro - Bologan 2004, but the ubiquitous KingsCrusher also covered it on Youtube. There is also the Foxy video, Caro-Krusher, but that's not a traditional "web" resource (although watchable online for $16 on "chesscube cinema"). Thx again, i appreciate it.

Thanks for the feedback and links. I think the "Caro-Krusher" Foxy vid is by Nigel Davies. I did miss the KingsCrusher vid, so thanks for the find -- maybe I'll add it. There is so much good stuff on the web these days (especially on video) that it makes it almost unnecessary for me to do any analysis myself -- I can just direct people to what's already out there!

There has since been Lawrence Trent's Winning with the Fantasy VariationChessBase DVD and Bezgodov's The Extreme Caro-Kann. So theory is definitely accumulating fast.