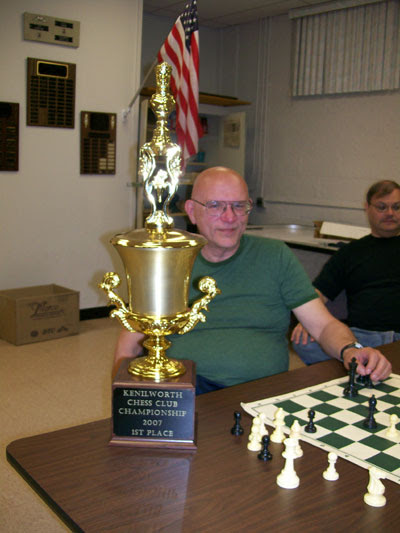 Awards were distributed at our last meeting to the winners of the 2007 Kenilworth Chess Club Championship. As in 2006 and 2005, the title of Club Champion belongs to FM Steve Stoyko (above), who finished this year with 7.5/8 in the double-round-robin event (see crosstable). The under-1800 tournament was won by Justin Roach with 10.5/12 (see crosstable). Unrated player Joe Renna took under-1400 honors. (Time to try your luck in the World Open, Joe!) Trophies also went to Greg Tomkovich (2nd in the under-1800 tournament, on tie-break) and Harry Smith (2nd under-1400). Coverage of both events, with almost all of the games, can be found at The Chess Coroner blog. My favorite games from the event were Bliznikas-Stoyko and Stoyko-Kernighan, which are both rich in ideas if imperfectly played. 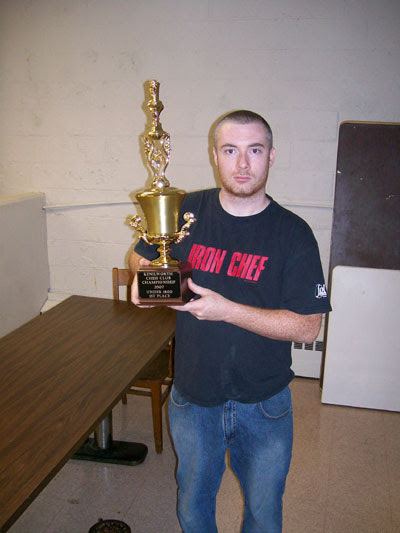 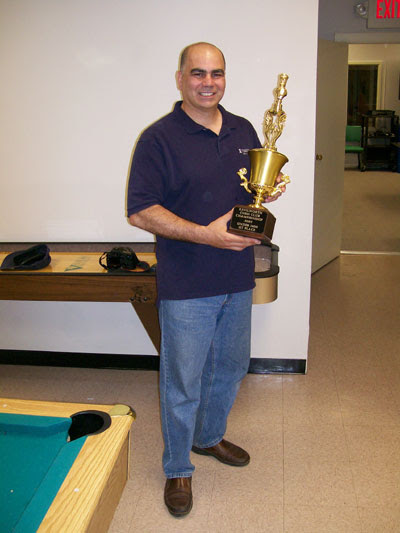 Posted by Michael Goeller at 6:49 AM

My goodness your trophies are better than ours!

That trophy is mine next year! I love chess!

(The only boast it can muster is that it features the names of two Grandmasters - Julian Hodgson and Glenn Flear - from way back when.)