The Same but Different

Greg Tomkovich leads the Summer Tournament with 7 points, with unrated Rutgers University student Devin Camenares and NM Mark Kernighan tied for second with 6 points each (pretty much how things went last year). Devin has put several stronger players to the test, including 1774-rated John Moldovan, who carelessly dropped a pawn in the opening and was unable to stop Devin from converting his material advantage.

Though summer is usually more sparsely attended (with members taking vacations or catching up on household chores), we have had some good crowds of late, including several strong players (such as NJ State Champion Tom Bartell). If only we could get the masters and experts to talk more about chess than the politics of oil in the Middle East... I'll have to bring the electronic demo board next time to help us focus. 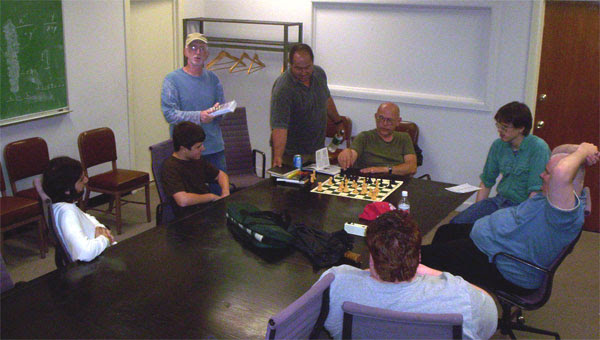 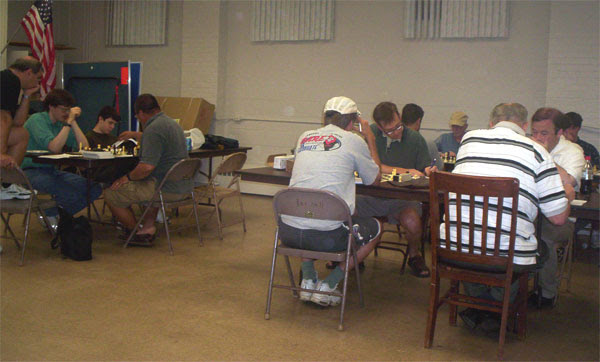 The KCC Summer Tourney in the main room.
Hey, isn't that Mike Wojcio in the golf hat
playing the same bad opening he lost with last week
against club president Joe Demetrick?
Posted by Michael Goeller at 2:54 PM