I have commented before on the way Barack Obama is portrayed as a "chess master" on the world political stage (see Obama as Chess Master and Obama as Chess Master, Part Two). Today GM Kevin Spraggett points us to a spate of images (to which we add one from yesterday's Daily Telegraph) that show Obama playing chess under nearly impossible conditions: against multiple opponents, as the clock winds down, his head nearly engulfed in smoke, and with the board stretching forth interminably before him. Yet in all of these images he retains his composure, even while performing a handstand. Do you think, maybe, we are expecting a little too much of him? 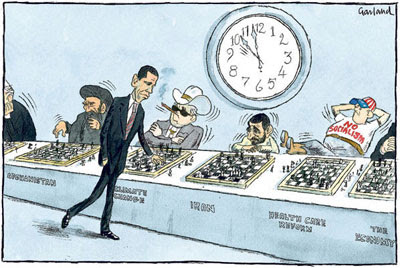 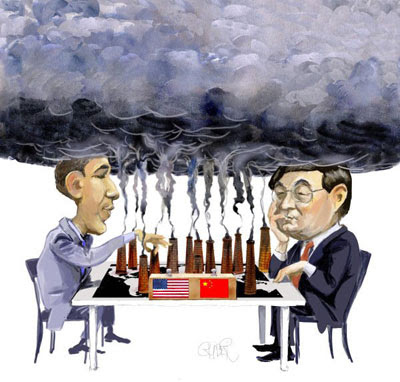 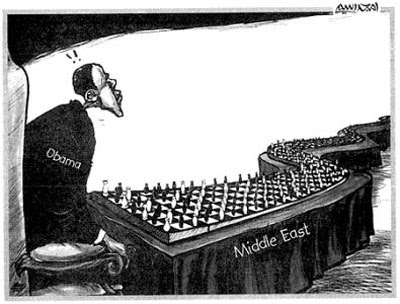 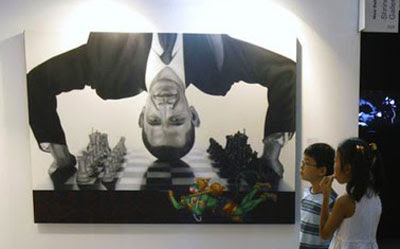 Posted by Michael Goeller at 9:11 PM

Personally speaking, yes. I do think the americans are expecting too much of him. The man hasn't even been the president for 1 year. In my opinion, if you want you want to give the man a fair chance he should atleast get 2 terms.