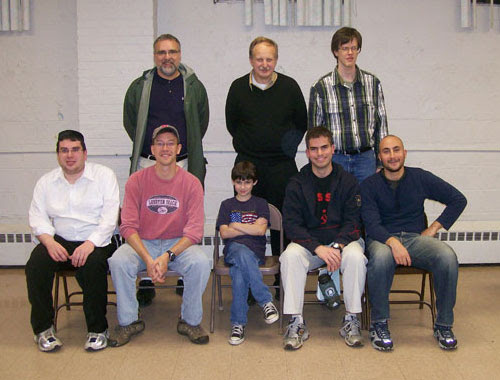 Members of the Kenilworth CC Team 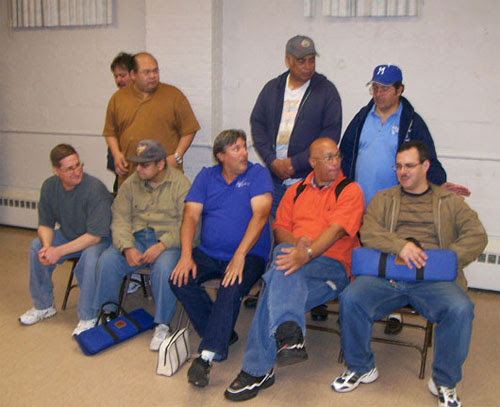 The West Orange Chess Club visited the Kenilworth Chess Club on Thursday night for a friendly team match, which the home team won 6-4. The Chess Coroner did some "live" blogging during the event and has posted some of the games, and I have analyzed my own game against fellow Expert Crawford Daniels (see diagram below). Before the match started, there was some talk of organizing a club-based chess league, which was generally well received, though few would want to have to travel very far for the matches. Many of our members recall the successful Raritan Valley, North Jersey and Central Jersey Chess Leagues of the 70s-80s, which included club, college, and industrial teams meeting on a weekly basis. Someone should really put together a little history of the league and collect some of the games before it all fades from memory.

Posted by Michael Goeller at 9:33 PM

White to play.... wow. It's hard to find some line where white won't win. The black position is just horrible. I like 1.Rxf8+ followed by Rc3, but 1.Rc3 is even stronger. How come black hasn't resigned yet?