I know a chessplayer and brilliant college student who intends to pursue a doctorate in genetic research. I remember telling him, as we were driving together to a chess event, that there always comes a point of diminishing returns with chess, where you cease to add to your overall intellectual abilities and simply become thrall to the game. Players who realize this are able to achieve high ratings or lofty titles as young people before they abandoned the game to get on with their careers. Take, for example, the fascinating members of the victorious 1960 Student Team Championship (discussed here in June), almost all of whom went on to great professional success, with two becoming professors, one a medical doctor, and one a Catholic priest. Chess teaches you how to study and understand something very complex, and so it is a wonderful training ground for future academic work. There is always a danger, however, that you will become too immersed in the game itself and lose focus on the larger picture, or, worse, become like the fifth and final member of that 1960 student team who is currently confined to a mental institution for the criminally insane.

There are few better examples of chessplayers transitioning to more lucrative fields of study than NM Tyler Cowen, Ph.D., who has achieved success as a professor of economics at George Mason University and notoriety in the blogosphere for his “Marginal Revolution” weblog and "Tyler Cowen’s Ethnic Dining Guide." Busy as he is with his academic, intellectual, and gastronomic pursuits, Professor Cowen was completely unaware that he was, until last week, the youngest New Jersey Open Champion (winning the event in 1977 at 15 years and eight months). His achievement was superseded this past Labor Day weekend, when Evan Ju (who turned fifteen just this summer) became the youngest champion and the first to hold both the NJ Junior and NJ Open titles.

Asked how he felt about having his mark surpassed, Professor Cowen said, “I’m very happy for the kid who did it. He must be a much stronger player than I was when I won it, since the competition is a lot tougher and [chess] knowledge has progressed so much.” 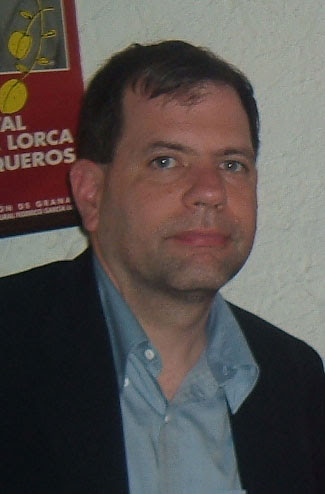 Tyler Cowen
Today, Professor Cowen has no recollection of his 1977 victory in the New Jersey Open Championship and cannot even name a particular opponent he met in the event. “I was never impressed. I was smart enough to know it did not matter. To win one tournament doesn’t mean that much.” He added that to do well in a larger and stronger tournament would have meant a lot more than to win a relatively local event.

As a youngster, Professor Cowen played at the Westwood and Dumont Chess Clubs in Bergen County. As he improved, he played more often at the Manhattan and the Marshall, where the competition was stronger. By the time he was 16-years-old he was rated about 2350 (which would have put him on the same pace set by Bobby Fischer in the late 1950s).

Then he gave up the game.

“I realized I wasn’t going to become a professional. There are no benefits, no retirement. It was not the life I wanted to lead. And I fell in love with Economics.” As an economist, of course, he knows a lot about diminishing returns....

Though he confesses to keeping a set by his bed, which he uses “to think about chess ideas,” Professor Cowen says that chess probably takes very little time from his life these days. He does follow the major chess news events (he mentioned the 1992 Fischer-Spassky rematch, Deep Blue versus Kasparov, and the upcoming Kramnick – Topalov match), and he has read a few volumes of Kasparov’s Great Predecessors. But other than those few moments of chess reading, he has pretty much not thought about the game for nearly the past thirty years.

“Chess is all or nothing, like an addiction” he said. He looks back at players he knew growing up and wonders what more they might have done with their talents if they had spent less time at the board. Meanwhile, those who moved on were able to achieve great things. He points to GM Kenneth Rogoff, Ph.D., for example, who is a leading economist and former director of research at the International Monetary Fund.

Though he didn't say it himself, I think Professor Cowen would agree that young NM Evan Ju shouldn't quit his day job as a student. Few, if any, should follow the example of Bobby Fischer, who famously dropped out of high school to pursue chess full time. Young Evan should recognize that this period of great success in chess is something he will look back on as an interesting phase in his life, during which he learned to value himself as an intellectual and to recognize his potential to achieve great things in the world.

His predecessor wishes him all the best.
Posted by Michael Goeller at 9:48 AM

"But is any professional chess player really sane? It has been said that every great man has been a great chess player, but was there ever a chess player who was a great man? Of course not, and never will be. It is impossible. Great skill at chess is not a mark of greatness of intellect but of great intellect gone wrong."
-New York Clipper 1906, on Pillsbury's suicide attempt

Now, who can blame Kasparov for quitting chess to promote democracy in Russia? Is chess more important than political rights?

That's an amazing quotation! And very appropriate to my topic. Thanks for the post.

If it is appropriate or not, I am not a judge. Though what needs to be said is that it is misleading and shows a lack of understanding of the chess world. No active (or retired) passionate chess player would ever agree with it. Even more Gary Kasparov, who by the way didn't stop playing (his latest game with Judit Polgar can be seen here http://www.chessgames.com/perl/chessgame?gid=1427170). Furthermore, Gary decided to pull himself away from chess in 1995 and delve into Russian politics due to conflicting views with FIDE, which de facto runs the whole world chess show.
An unquestionable chess genius could only be a great man since then.