I went into New York City on Saturday and did my Chess Tourist routine. I started out this time at Fred Wilson's chess book shop at the St. Denis, 80 East 11th Street (just around the corner from The Strand), in Suite 334. 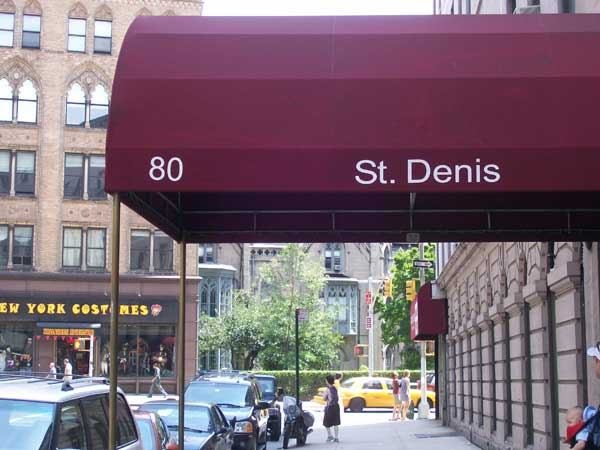 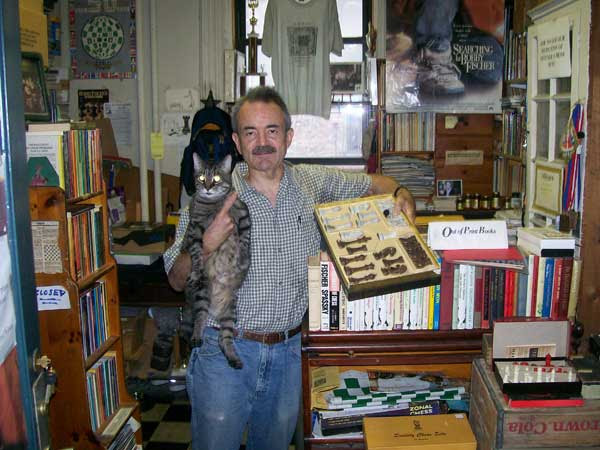 Fred and his cat, showing off classic chess sets.

Fred is always great to talk to and we spent a couple hours together while I browsed his selection of books. I have been urging him to put together a CD of his interview shows from ChessFM (preferably before I take my next long road trip), and he tells me that he finally intends to do so now that he has ended his relationship with ICC and secured control of his shows. He also wanted me to mention that he gives a lecture every third Friday from 7:00-8:30 p.m. in Suite 333, right next door to his shop, which is a comfortable little divan. The price is $15 per person. The next one is July 20th, on the art of the kingside attack. Space is limited, so he asks that you call ahead during his operating hours of Monday - Saturday, 12-7 at 212-533-6381.

Fred also pointed out that I was wrong in my Chess Tourist piece about his having inherited Albrecht Buschke's book shop at the St. Denis. He actually took over his current space before Buschke retired and he did not even get Buschke's merchandise. It's amazing to think that there was once a time when there were two great book shops in the same building. Later that night, I was to learn from Dr. Frank Brady, the current president of the Marshall Chess Club, that the offices of the USCF and Chess Life (of which he was the founding editor) were also once housed in the St. Denis, and that Dr. Brady once helped Marcel Duchamp find space there, where he very likely worked on one of his last pieces, Étant donnés, now at the Philadelphia Museum of Art.

After Fred's, I went around the corner to The Strand at 12th and Broadway. The selection was not as good as last time, but I did manage to pick up a very inexpensive copy of Andrew Martin's book on the Center-Counter. 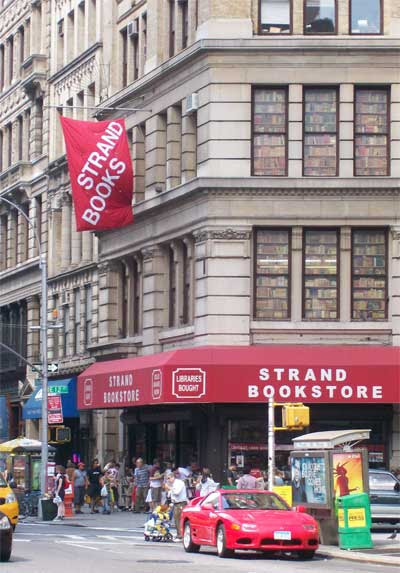 The Strand Bookstore (12th and Broadway)

Finally, it was off to The Marshall Chess Club, at 23 West 10th Street between 5th and 6th Avenues, where they were having a Swiss. 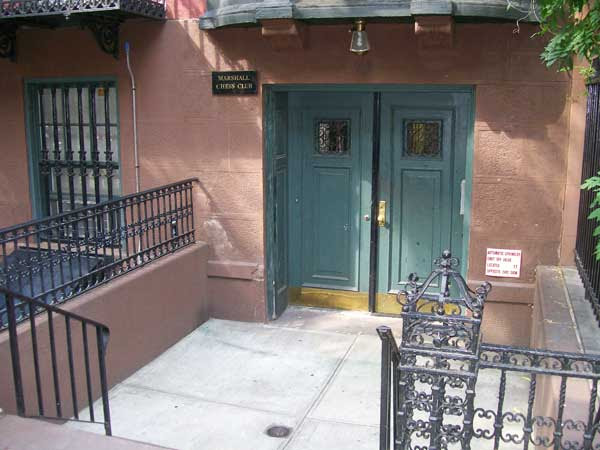 I saw that Jim West published his three best games from the event with the remark: "My only loss came to the birthday boy, international master Jay Bonin, who received his present from me when I hung a piece."

I actually arrived at the club just as his game with Bonin ended and had the good fortune of being invited out with "the birthday boy" and Dr. Brady to celebrate between rounds at a fantastic Chinese restaurant just down the street (near 10th and 6th Ave. if I remember right, but the name escapes me). 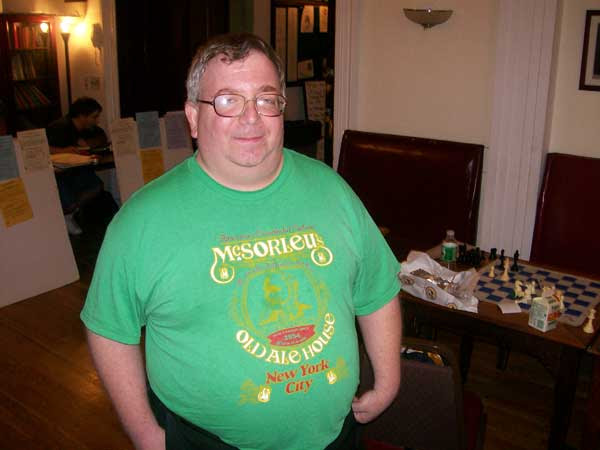 IM Bonin offered me the score to his game with West for the blog (it was a Philidor's Counter Gambit), but his handwriting was too illegible for me to promise that I'd be able to reproduce it. Bonin must have thousands of interesting games like that one which will likely never be seen by anyone but the participants.

It turns out that he is such a regular at this restaurant that when they heard it was his birthday the staff brought out a date pastry with a candle in celebration after our meal (which he barely had time to finish as he rushed off to the last round). A nice way to end my visit. 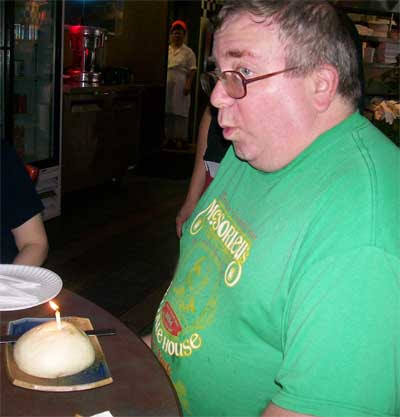 Bonin blows out the candle...

Posted by Michael Goeller at 3:33 PM