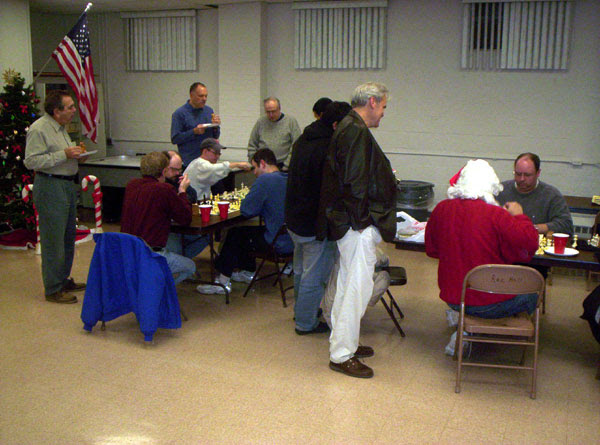 Casual play got everyone involved--including Santa. 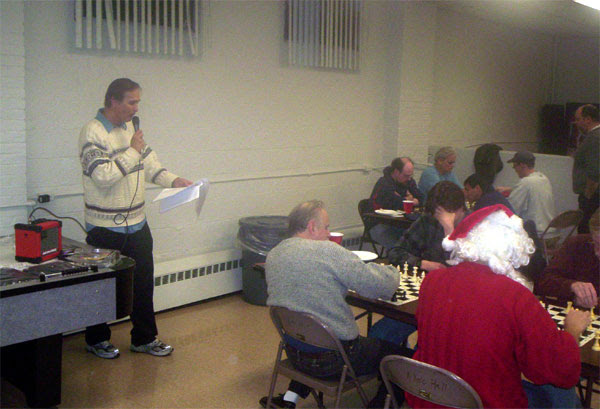 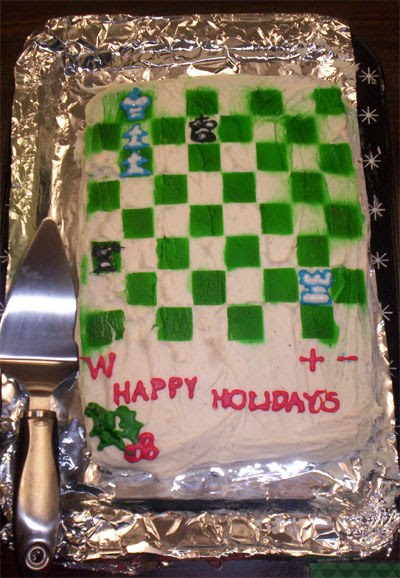 ...and we enjoyed Joe's traditional chess puzzle cake.
The Kenilworth Chess Club's Annual Holiday Party was a great success. No special events were planned, so everyone enjoyed a night of casual play and socializing. Mike Wojcio attempted to introduce a new tradition of "Christmas song karaoke," but since none were willing to join him the idea seems unlikely to be revived next year. Joe Demetrick baked his annual puzzle cake. And I introduced The Kenilworthian's Chess Tarts (recipe to follow shortly), which were a great hit, especially with a particular NM who will remain nameless....
Posted by Michael Goeller at 12:03 AM

Attended a wedding at this location. There is a concierge that greets guest at the main lobby and directs them to the top floor. The view is a must see at night.