White to play and win.
We had an eventful night at the Kenilworth Chess Club. It began with our annual Holiday Party, featuring lots of pizza and other good stuff, including cookies and the traditional "chess puzzle cake" (see diagram above). The holiday decorations provided by the folks at the Rec Center (who hung wreaths during Steve Stoyko's last lecture!) helped create a festive atmosphere. Thanks to everyone who contributed to the feast.

Next came the annual business meeting, which had been postponed from the previous week because of low turnout due to icy road conditions. In his last act as outgoing Secretary, Ari Minkov has dutifully recorded the decisions made at the meeting, so I will only make a few notes (some of which repeat his own). I will also be posting Mike Stalling's report as outgoing president's, which was distributed as a printed document (once he sends me an electronic copy or I find time to retype it), which made a good summary of this year's events.

After Mike Stallings called the meeting to order and said a few words, Joe Demetrick gave his report as outgoing treasurer. Joe reported $771 in the treasury, a slight gain over last year despite numerous expenses. As Joe pointed out, our club benefits greatly from not having to pay rent to the community center, since Kenilworth continues to see us as a benefit to the community. And the few expenses we incurred were quite small. These included sponsorship of two teams for the U. S. Amateur Teams East ($125), trophies for the club championship (the cost of which exceded the entry fees last year by $50), equipment ($85), and the new website ($95). Planned expenses for the coming year include $95 for the website, a small amount for the purchase of scoresheets, new cabinet shelves, and $150 toward teams bearing the Kenilworth name at the U.S. Amateur Teams East in February. We agreed also to spend up to $50 beyond entry fees for the purchase of trophies for the Club Championship, if necessary.

After the treasurer's and president's report came the first item on the agenda (and one that always leads to much debate), which was the rules for the annual Club Championship. Ari sums these up well, though he does not give a date since none was decided upon. I will assume it will begin as it did last year at the second meeting of the year, which would be January 12, 2006. This year it will be broken into two sections, an Open section with players vying for the championship and an Under-1800 section with players vying for the Under-1800 title. The format will otherwise be the same as last year's event: a time control of Game-90, with 5-second-delay upon request. Trophies for Club Champion, second place, and third place, Under-1800, and Under-1500. The event will be Unrated. Entry Fee: $25, plus a $10 deposit toward excessive byes. Club membership ($15) required. Bye Policy: Two free byes, including excused absences for Holy Thursday and Passover (should this year's tournament run that long). After the two free byes, players are charged $5 for each additional bye up to four. More than four byes results in forfeit. Tournament Director: Geoff McAuliffe (TD) Sections: Open Section (for Club Championship) and Under-1800 (for under-1800 title). I will post whatever other details become available.

Elections were then held for the Club Officers for 2006. These are now as follows: 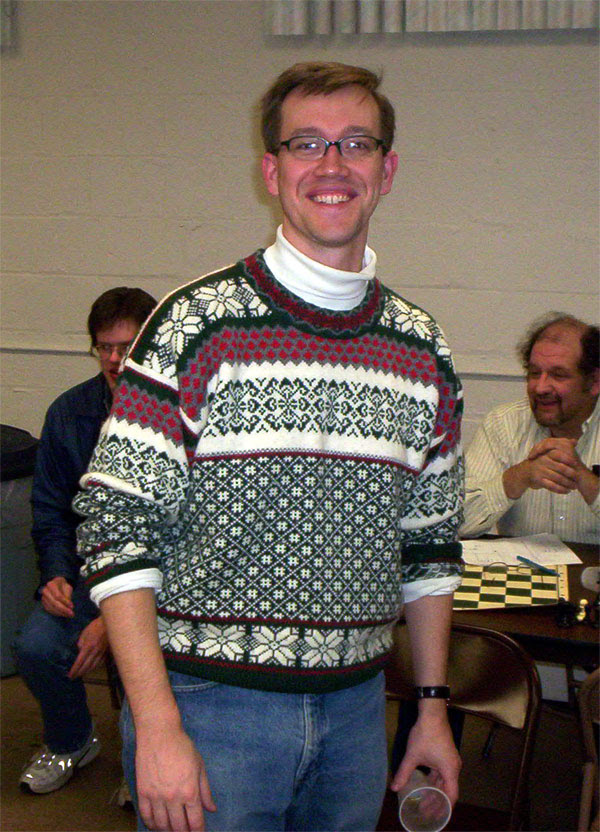 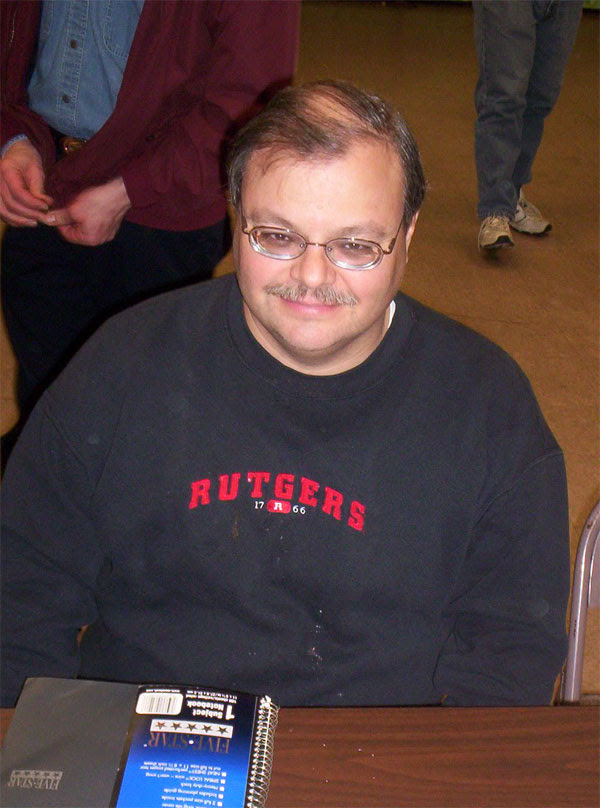 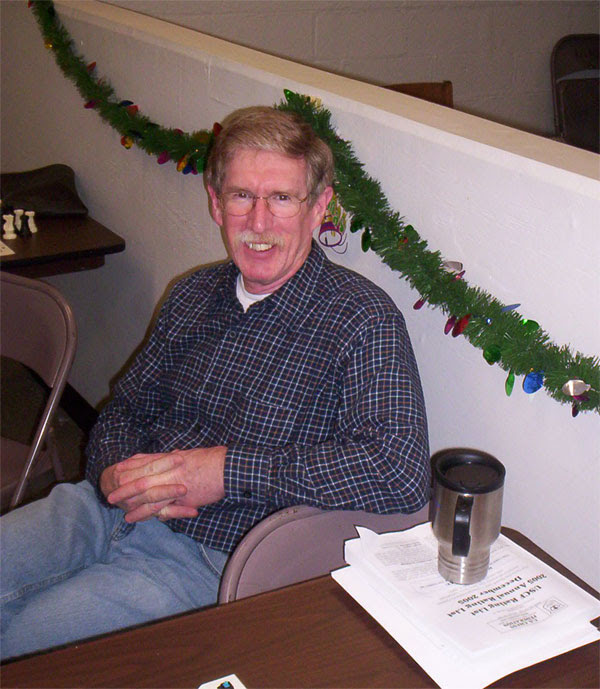 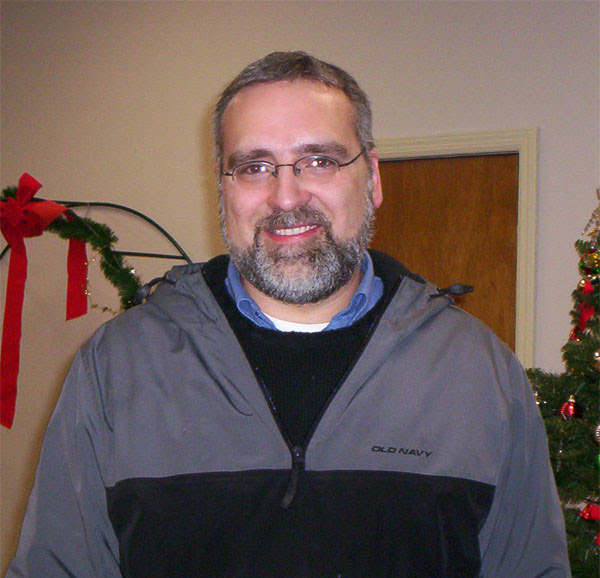 The remainder of the evening was open to free play, since there were not enough people interested in a Bughouse Tournament. We also had a showing, thanks to Bill Sokolosky, of the film FRESH (1994), a compelling (if violent and curse-filled) story of a young inner-city chessplayer swept up, along with his family and loved ones, in the drug trade who uses his stunning strategic and tactical abilities to turn the tables on the drug lords and rescue himself and his sister from their clutches (though not without some drastic sacrifices to achieve his "victory"). There was general agreement that the chess depicted in the film was quite good, though Scott Massey did catch one scene with reversed King and Queen. However, to the film's general quality there was mixed reaction. I found it quite well done and brilliantly plotted and acted. Some found it merely disturbing. As Bill pointed out, though, it's the type of film that you really need to see twice to fully appreciate--though some will not be able to make it through the first viewing due to its graphic content. All I can say is that it was definitely not "Knights of the South Bronx" and definitely not for children!