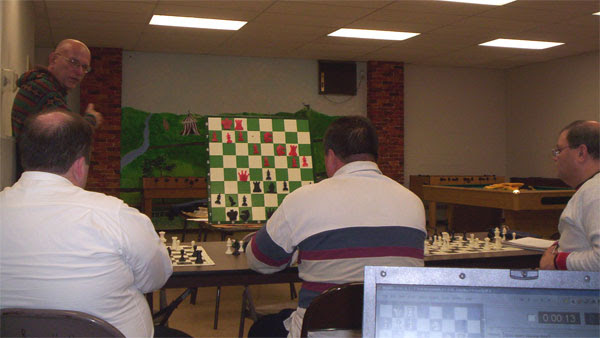 FM Steve Stoyko delivered his fourth lecture as part of the 1.d4 d5 Black Repertoire series, focused on the Exchange Variation of the Queen's Gambit Declined. The lecture was kept to just over an hour due to the beginning of the five-minute tournament at 8:30 sharp, so he really only gave an overview with the promise of actual games next time (in two weeks) when he will return to the Exchange Variation and cover the Catalan as well. You can download a PGN file of my notes, which includes several supplemental games. I will post this as a java applet in the coming week.

Posted by Michael Goeller at 10:10 AM