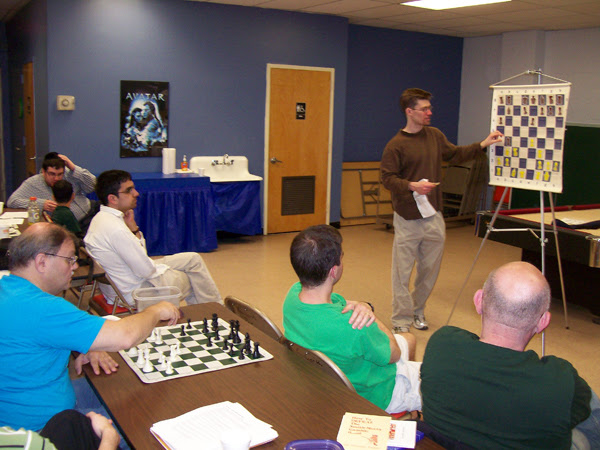 IM Justin Sarkar in the front row to see his game. 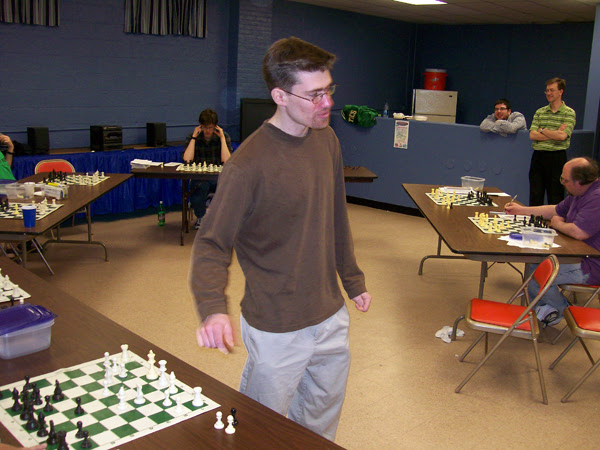 Esserman simul begins: a pawn down on every board! 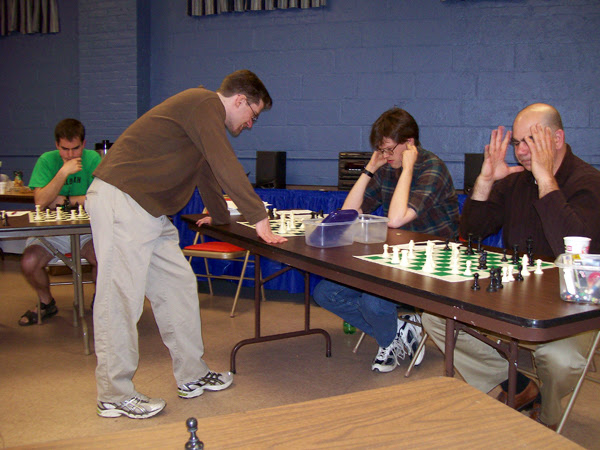 NM Mark Kernighan lasted the longest.
But it was an 8-0 wipeout vs. 1830 average opposition.
IM Marc Esserman's lecture on the Smith-Morra Gambit on Thursday night, April 15th, was universally well received by about 20 in attendance.  Those who came to watch included IM Justin Sarkar (who is a good friend of Esserman's despite their sharp contests in the Smith-Morra), FM Steve Stoyko, and Yaacov Norowitz.  After the lecture, Esserman gave a thematic simultaneous exhibition, playing the Smith-Morra as White against eight players.  As Yaacov pointed out, this was a tough exhibition since "he is starting a pawn down on all eight boards!"  Based on my experience (losing in about 20 moves), he could have spotted us all an additional pawn and still won every game.  Though the average ELO was over 1830 (with a master and two experts among the players), Esserman made relatively short work of it, going 8-0 in just over 90 minutes.
Some of the games discussed or mentioned in the lecture were previously annotated online:
Several of the other games discussed are not generally known and Esserman has asked that we keep them for our own secret use.  I will be continuing my series on the Smith-Morra (including some games from the simul) in coming weeks.
Posted by Michael Goeller at 8:13 AM