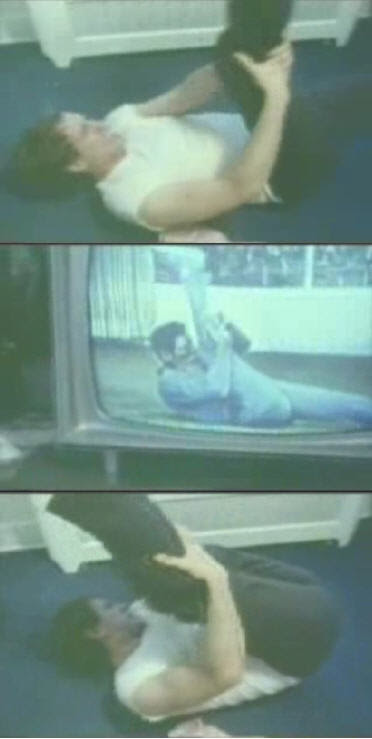 Fischer Works Out with Jack LaLanne
If you have not already seen it, there is an excellent British documentary about Bobby Fischer and the 1972 Fischer-Spassky match available for free viewing at both Google Video and You Tube (in four parts, most suitable for those with slow connections: one, two, three, and four). It features an interesting discussion of Soviet chess, with interviews of major Soviet figures, including Boris Spassky himself reflecting on the 1972 match. It also has some excellent interviews with the Americans, including Larry Evans and Robert Byrne. But what struck me as most unique about it were the images of Bobby's "match preparation" -- bowling to rock tunes on the juke box, taking a break at the soda fountain, and working out with Jack LaLanne on TV (see above). Very amusing and nostalgic (for those who lived through the 70s). You Tube also has some other good Fischer video clips worth a look.
Posted by Michael Goeller at 5:37 AM

Great links. I think I'm going to use Bobby Fischer as the subject for a talk I have to give in my speech class. Those videos will give me some useful insights about his personality.

There is something in the way he walks that deserves commentary: a rather reckless and headlong swagger that commands lots of space without regard to others...