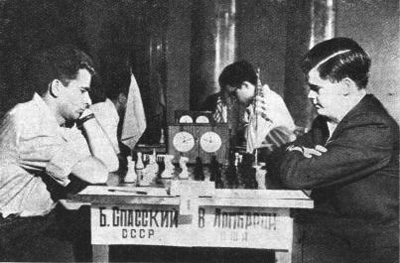 Boris Spassky - William Lombardy, 1960
When the U.S. team took first place at the 7th World Student Team Chess Championship in the summer of 1960, they recorded the first U.S. international championship in 23 years! Most astonishing, they won it at the Palace of the Pioneers in Leningrad (now St. Petersburg), practically the very heart of the Soviet chess machine. Yet, as far as I know, their achievement has been largely forgotten today. I think it would make a good storyline for a Hollywood film (if Susan Polgar is still looking for a vehicle), and certainly more uplifiting than the Bobby Fischer saga.

Whether or not their story gets told by Hollywood, though, we can still recreate their moment of triumph by playing over some of their better games from that tournament which I've posted at the Kenilworth site.

Perhaps we have forgotten our 1960 student olympians because the five players on the team never pursued the game professionally and therefore never rose into the pantheon of the greatest American players. First board William Lombardy (above) is best remembered today as Fischer's second in the 1972 World Championship match. Perhaps sensing that he would always be second to Fischer, he largely gave up the game to become a Catholic priest. 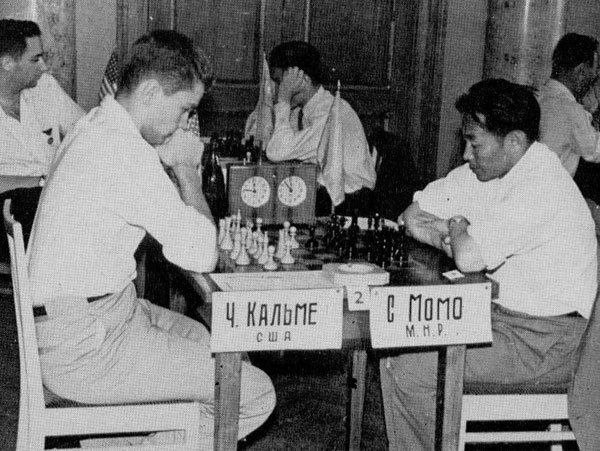 Charles Kalme vs. Momo
Second board Charles Kalme (1939-2003) also largely gave up the game in order to pursue a Ph.D. in mathematics and make a career as a professor. His games from the Student Olympiad are among the most fascinating and his combinations (see diagrams below) the most stunning and deeply conceived. 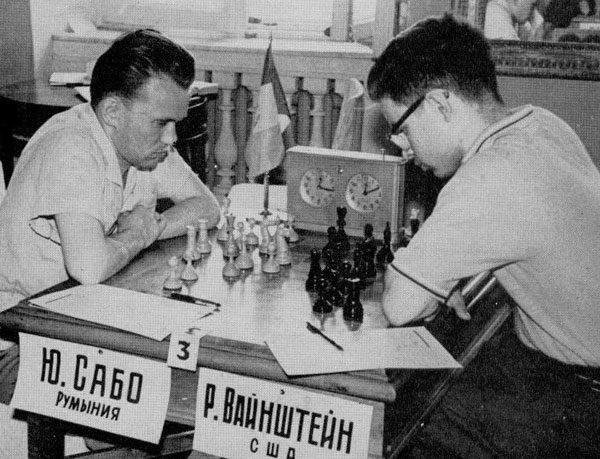 Third board Raymond Weinstein (1941- ) unfortunately developed schizophrenia in the mid-1960s and went on to commit a murder that has kept him incarcerated ever since. His sad story is told by Sam Sloan and he is often cited in lists of chessplayers who ran afoul of the law (usually placed second to Norman Whitaker).

Fourth board Anthony Saidy (1937- ), who played a lot of chess and even authored a few books (including the much admired "Battle of Chess Ideas"), became a medical doctor (M.D.) and is recently retired. You can see a recent picture of him with Susan Polgar at her blog as a "mystery man."

Alternate Eliot Hearst (1933- ) received a Ph.D. in Psychology and was a professor for many years at the Indiana University and now at University of Arizona.

For a bunch of "amateurs," they sure played great chess! There are quite a few great combinations worthy of a diagram among the games I've posted. Here are just some of the more interesting ones (from easy to difficult).

Eliot Hearst was a professor at the University of Missouri prior to leaving for Indiana U. He was our club sponsor until 1969-1970 or so.

Dear Michael,
Beautiful work!
Thank you for an interesting story - I got to it via the awful FISCHER - PUPOLS game!!
You provided me with lots of stuff I was not aware of!
I would like to put a bit about KALME especially on the site I write for - CHESS THEORY - I hope you have no objection to me using the photos off your site?
Please tell me if so.